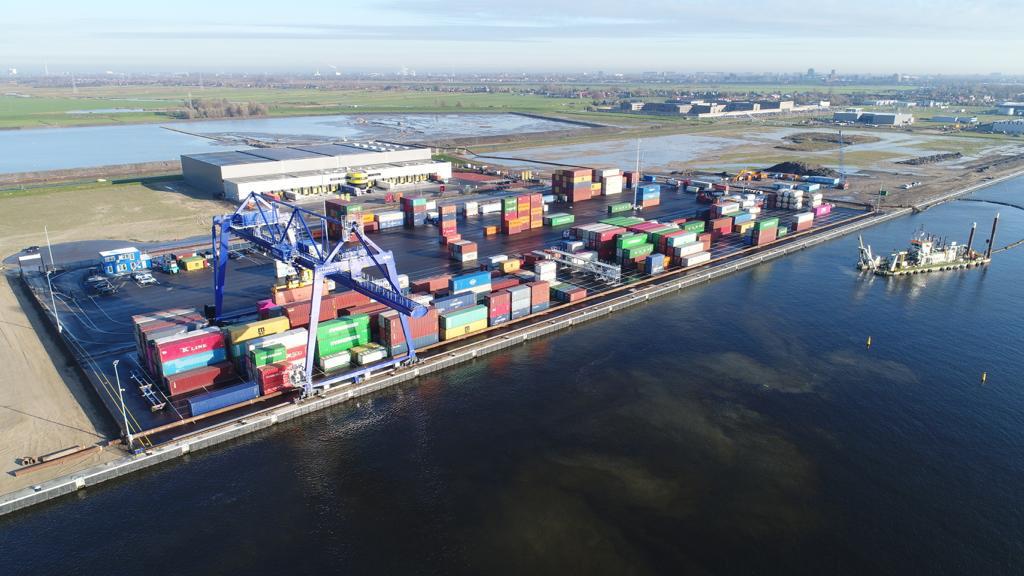 CTVrede BV is the first inland terminal in the Netherlands to have fully web-based outdoor operations. A special achievement that creates flexibility, a scalable business model and cost savings. In this article, we ask André Klous, ICT Manager at CTVrede, about the realisation of the new and transition to the current terminal.

“CTVrede wants to focus on its customers and containers. The IT at our company has to enable and facilitate that, not vice versa.”

Vision
CTVrede has a clear vision, particularly in terms of automation. André: “CTVrede wants to focus on its customers and containers. The IT at our company has to enable and facilitate that, not vice versa.” A lot of my time is spent on keeping up the IT infrastructure. I want to use that time to create innovative automation solutions that benefit our customers.” About three years ago, CTVrede started working out a roadmap. The central issue was how the organisation wants to operate tomorrow’s terminal and how to change the way in which work at the office is organised, to bring it more in line with today’s wishes. We drafted several scenarios and compared them. In the end, we opted for a model where only a limited server park would be placed within an external data centre. Most administrative packages (e.g. accounting), as well as all Modality outdoor applications, are hosted in a cloud environment. That means the cloud supplier is now responsible for hosting and maintenance. This new set-up also means that we use a different licence model that allows for most of the software to be invoiced on a monthly basis.

Anticipating developments faster thanks to scalable business model
CTVrede’s new terminal at Hoogtij in Westzaan has been fully operational since September 2019. The existing terminal in Amsterdam switched to using web applications at the start of this month. How much CTVrede benefits from switching to web-based working was clear from day one. The switch from a full office team to working from home, for instance, was made in one day and outdoor operations also continued without too much downtime. The transition to web applications for outdoor operations results in the following benefits:

André: “Using web applications allows us to develop fast. Thanks to this transition, we were able to keep the construction costs for a new terminal within budget. This new way of working also meant that after implementing the stricter measures concerning the COVID-19 pandemic, we were able to make the switch within one day, without interrupting our own operations and those of our customers too much.” 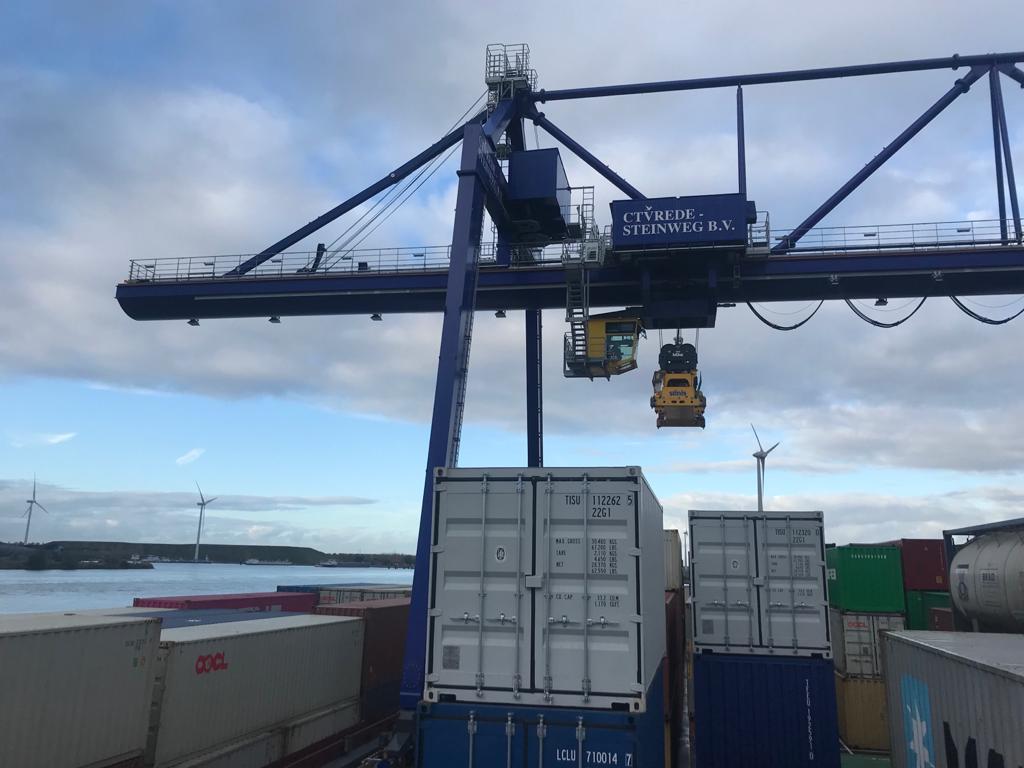 Momentum
Although the vision of a modern, automated terminal was there three years ago, there was no priority for it at that time. The project gained momentum early 2019 when it was decided to construct a new terminal. The new CTVrede Hoogtij terminal was fully operational within six months of the design phase. Another six months later, the existing terminal in Amsterdam had also switched to web applications without any downtime. How? According to André, some of the success can be attributed to Chantalle Blok, D&I coordinator. Chantalle analyses demand on the shop floor, and the office and André translate this into the technical bit. This is a unique function that was incorporated in the roadmap at an early stage. By creating this new function (even though it is an extra cost item, initially), IT projects can be realized faster and more efficiently and it results in a shorter payback period.

Concessions
Although the project was implemented incredibly fast, it is not without its challenges. André: “With a cloud model, you prefer to have everything standardised. But what works for one terminal doesn’t necessarily work for the other. So you have to coordinate procedures and methods and make concessions sometimes. That’s a particular challenge for those who have to use it in the end. At CTVrede, this process is supervised by the Terminal Manager and the IT Manager, but you mainly need the operators’ input, of course, you can’t offer a proper solution without their input and insights. Right now, we’re still optimising the processes and set-up of the standard basic model to be able to scale up. There’s always room for improvement, but you have to remain cost-efficient.”

“We believe in long-term relationships. We also like partners with a flexible approach to achieve the business targets.”

Long-term relationships
Strong partnerships are vital for automation processes such as this one. Suppliers must follow at the same pace. CTVrede and Modality have been partners for 23 years, quite an extraordinary collaboration in such a fast-paced world like IT. We’ve also always had a strong partnership with Secure logistics, who supply the CargoCard functionalities. They played a crucial role in this transition as well because solid teamwork between the (external) partners helps to make such a big project a success.
André: “We believe in long-term relationships. We also like partners with a flexible approach to achieve the business targets.”

Ready for the future
So thanks to the transition to web-based applications, CTVrede can grow faster and can anticipate developments better. As they no longer have a data server to manage, they don’t have to worry about maintaining it, and it has facilitated the new way of working. Also, this ties in with the vision that office workers can do their jobs regardless of where they are. Not only did it ease the relocation to a new terminal, but it also meant that the developments concerning the COVID-19 virus were dealt with smoothly. In collaboration with Modality and Secure Logistics, a new terminal was built that’s ready for the future!

Want to find out more about this specific automation process or the possibilities to make your outdoor operations web-based too? Please contact us to discuss the details.