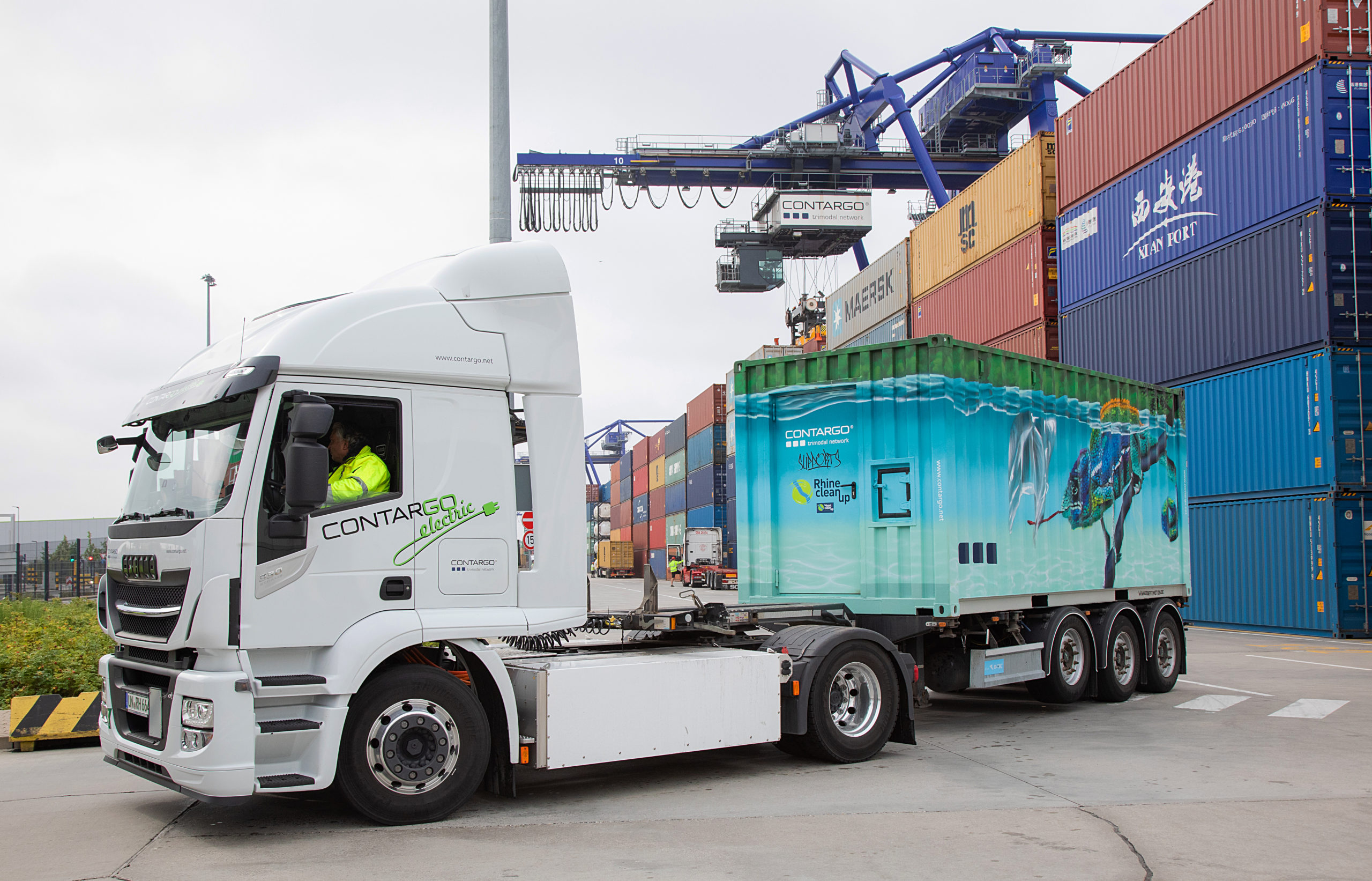 The risk of PIN fraud constitutes an ever-growing problem for seaports. Partly for this reason, the port of Antwerp has launched the project ‘Certified Pick up’. With this new digital process, containers are released based on identity rather than PIN codes. Certified Pick up (CPu) receives and processes container information and, based on identity, grants a ‘release right’. The ‘Secure Container Release (SCR)‘ solution from T-Mining in Antwerp ensures that this release right can be securely transferred between different parties in the logistics chain. Contargo Road Logistics is one of the first parties in the Netherlands to adapt its system to the new CPu guidelines and to seize this opportunity to further automate planning processes. In this article, Marc Hoefsloot, ICT Manager at Contargo, discusses the development of Modality’s interface with T-Mining’s SCR for Contargo Road Logistics and the advantages this offers.

Connection with Certified Pick up
The CPu regulation puts an end to the release of containers by means of a pin code in the port of Antwerp. Whereas previously the pin code was often communicated to various carriers by email, a release right is now only generated when the final carrier is known. The identity of the carrier is checked on the basis of the Alfapass and a finger scan. Two platforms are currently available in Antwerp that are compliant with the new CPu regulation. These are the CPu platform (from NxtPort) and Secure Container Release (from T-Mining). Modality supports connections with both platforms. The Secure Container Release (SCR) from T-Mining uses innovative blockchain technology whereby the original PIN is replaced by a digital token. This can be done via a direct system interface between your own software and SCR or by making use of the SCR web application. In collaboration with Contargo, an interface with the Modality system has been developed that ensures that release rights are automatically retrieved and assigned to the correct driver or carrier.

Marc: “We have opted for the SCR API because we want to download pure data into our Modality system in real-time and do not want colleagues to additionally log in on separate web screens. Now, we still perform all steps manually, such as retrieving the pin code and assigning a driver. Soon, this must all take place fully automatically.”

Enhanced security and efficiency
The SCR API therefore not only contributes to increased security, but also makes the planning process more efficient.

Marc: “We work with a dynamic driver pool in which we schedule 95% of the hired drivers ourselves. If we can implement the new process as planned, then we can retrieve the release with one click of the mouse and assign it to the correct driver and Alfapass. If we do not plan the drivers ourselves, the release can be assigned directly to another carrier. The need for manual pre-notification will consequently be eliminated.”

Secure release thanks to blockchain technology
The technology behind T-Mining’s SCR is based on the technology behind Bitcoin. Thanks to blockchain technology, PIN codes are replaced by codes that can be passed on to another party. That party then has the right to collect the container; the token guarantees that this right remains unique and cannot be used in a fraudulent manner. When the token has been passed on, the original owner no longer has it and therefore no longer has the right to collect a container. This is in contrast to the use of PIN codes, which you can forward but which are not unique and therefore susceptible to fraud. Furthermore, SCR uses decentralised technology to exchange data about the container and the parties involved. Unlike with a Cloud platform, this information is not stored in a central location. Only the recipient and the sender of the token receive the data. This means commercial privacy is guaranteed; for example, it is not possible for a third party to find out which organisations are collaborating with each other.

Contargo first carrier to link up with SCR through Modality system
Contargo Road Logistics is the first party to respond to the new developments and to commission an interface between the Modality system and SCR via the SCR API. The interface was installed in the middle of last month. The pilot is now entering the final phase and preparations are being made for the launch.

Marc: “The SCR API specifications were announced in June 2021. We started testing a few weeks ago. For a project of this magnitude, that is a fairly smooth turnaround time, especially when you consider that we had to build everything within Modality from scratch. In terms of this project, I am particularly pleased with the product that has been delivered and the manner in which the functionality has been implemented in the system.”

From the very start, several colleagues within Contargo Road Logistics have been involved in the project. Now that the test phase has been successfully completed and the last ‘teething problems’ have been resolved, the interface is demonstrated internally to the coordinator and next rolled out to the various team members in phases.

Marc: “My colleagues are my customers. It is important that the input of the end users is incorporated in the development process in an early stage.”

Next steps
Once the new functionality has been released to the end users, Marc wants to focus on automating the last steps within the process. For example, release rights must be automatically transferred to the carrier when a journey is not planned by Contargo itself; furthermore, they must be assigned directly to a driver’s Alfapass if Contargo does manage the planning. Once this project has been successfully completed, sister company Contargo Waterway Logistics will be switched to the new interface as well.

Marc: “The collaboration with Modality is pleasant, because we have been working together for years already and speak the same language. Once you have insight into the entire process, you are able to determine what you can automate and the conditions under which this can take place. With input from both sides, we always come to a workable solution in that respect.”

Would you like to learn more about the integration with T-Mining or NxtPort? Please contact us right now!